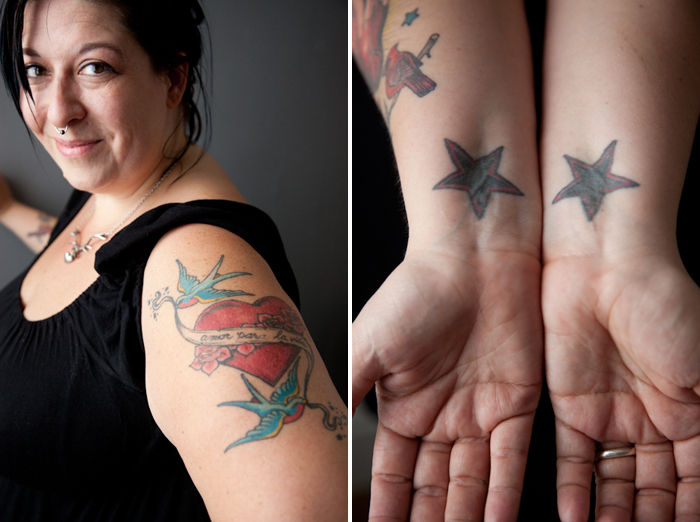 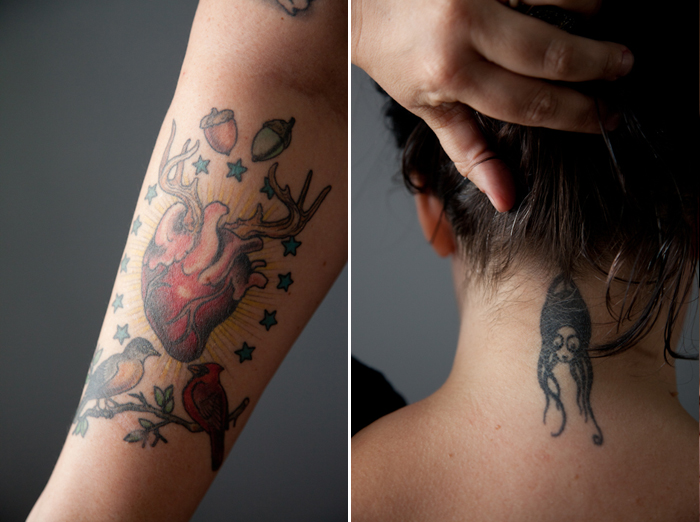 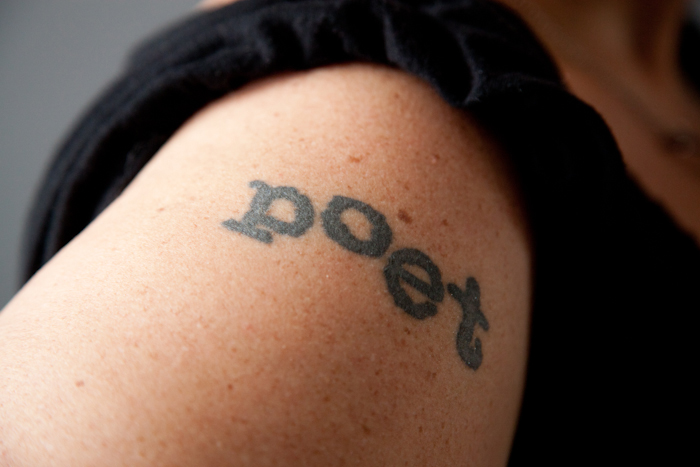 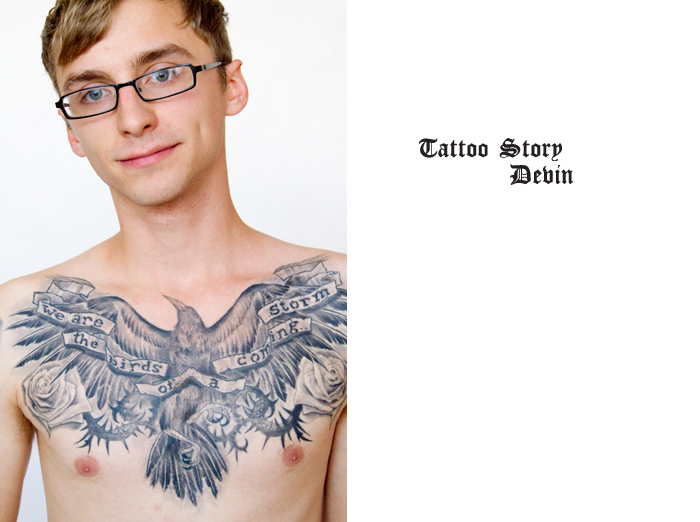 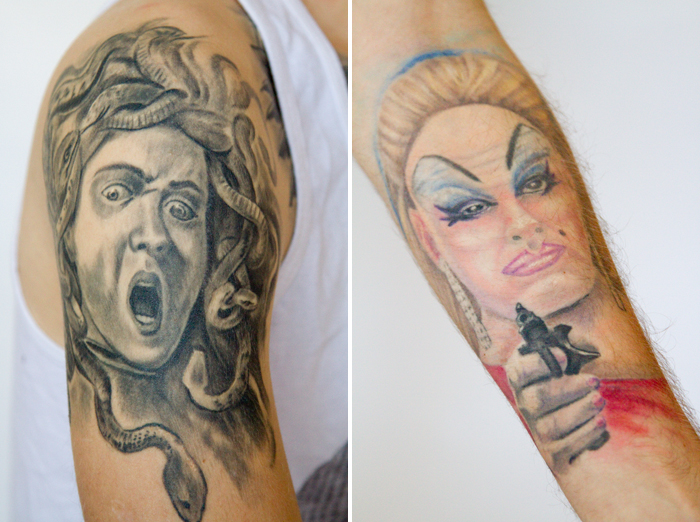 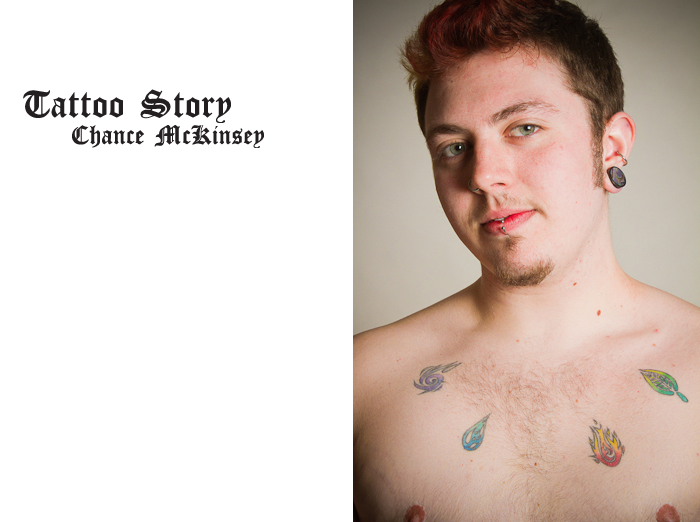 I wanted something simple for my first tattoo, and settled on my astrological symbol in the middle of a tribal sun. While looking for artists, I became inspired to start planning out my next, oh, dozen or so tattoos and found myself scribbling constantly in my sketchbook. One day, I banged out four tribal looking symbols for the elements: earth, wind, water, and fire. I was so pleased with the results that I immediately 86’d the idea of getting anything else.  And then, I found Dawn.

Dawn was a corporate graphic designer for ten or fifteen years before waking up one day and realizing she was unhappy. She quit her job, bought a motorcycle, and became a professional female bodybuilder and a tattoo artist. She told me all this to distract me while she inked up my chest, getting my attention most when she was going over the tender collar bone area. I was so inspired, I never forgot her story and repeat it to myself every time I worry about not knowing what I want to do with my life.

For a week afterwards, I wore button-down shirts so I could periodically rip them open and break into the Captain Planet theme song. Really, the symbols are just there as reminders of the love and awe I feel for the power of nature. 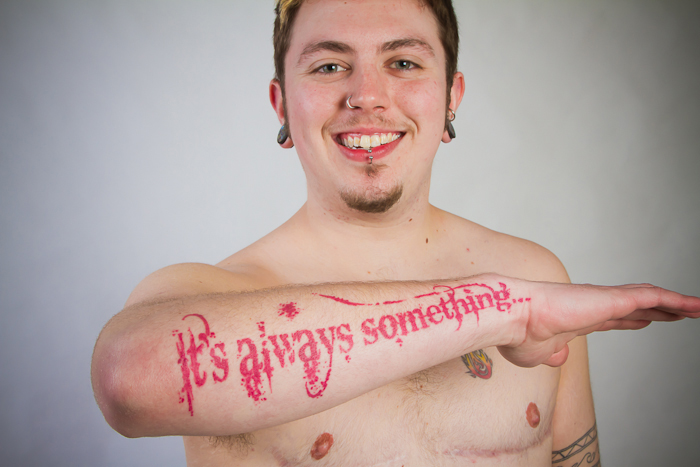